Springboks vs Argentina: Follow the action from Nelson Mandela Bay Stadium as the Springboks of South Africa take on the Pumas of Argentina.

The Springboks put in an assured if fragmented performance in the Rugby Championship opener last week , seeing off Argentina 32-12 with the only blot being a failure to secure a fourth try and with it the bonus point.

Argentina tried manfully to spoil the Springboks setpieces on defence and to move the ball quickly on attack but were met with a monstrous effort by a much-changed Bok team.

The Springboks weren’t able to power over the Argentina line with their maul, which the Pumas might see as a sort of moral victory, but the men in green showed just how dangerous their backline could be with go-forward ball.

Winger Ignacio Mendy has come into the Argentina starting lineup to make his Test debut against the Springboks at Nelson Mandela Bay Stadium. Utility back Lucio Cinti is also in line to make his debut off the Pumas bench.

In the other changes to the backline Juan Cruz Mallía comes in at full-back and Domingo Miotti and Gonzalo Bertranou form a new halfback pairing.

Among the pack, Matías Alemanno and Tomás Lavanini form a fresh lock pairing to take on Lood de Jager and Marvin Orie. Guido Petti moves from lock to flank, partnering Pablo Matera and Rodrigo Bruni in the loose trio.

Lood de Jager will run out for his 50th Springbok cap, Marvin Orie will earn his first Test start and the uncapped Nicolaas Janse van Rensburg has been named on the bench.

The starting team shows 11 changes from last week – six in the backline and five upfront – with Nienaber bringing back a host of players who featured in the recent series win over the British & Irish Lions.

Many of the Springboks ‘first-choice’ players return to the lineup. In total, the match-23 shows 17 changes from the squad that beat the Pumas 32-12 in the opening match last Saturday. The only players who will start again this weekend are De Jager (lock), Siya Kolisi (captain and flank), Jasper Wiese (No 8), and Cobus Reinach (scrumhalf).

Take our bruising rugby quiz and stand a chance to win R1 000! 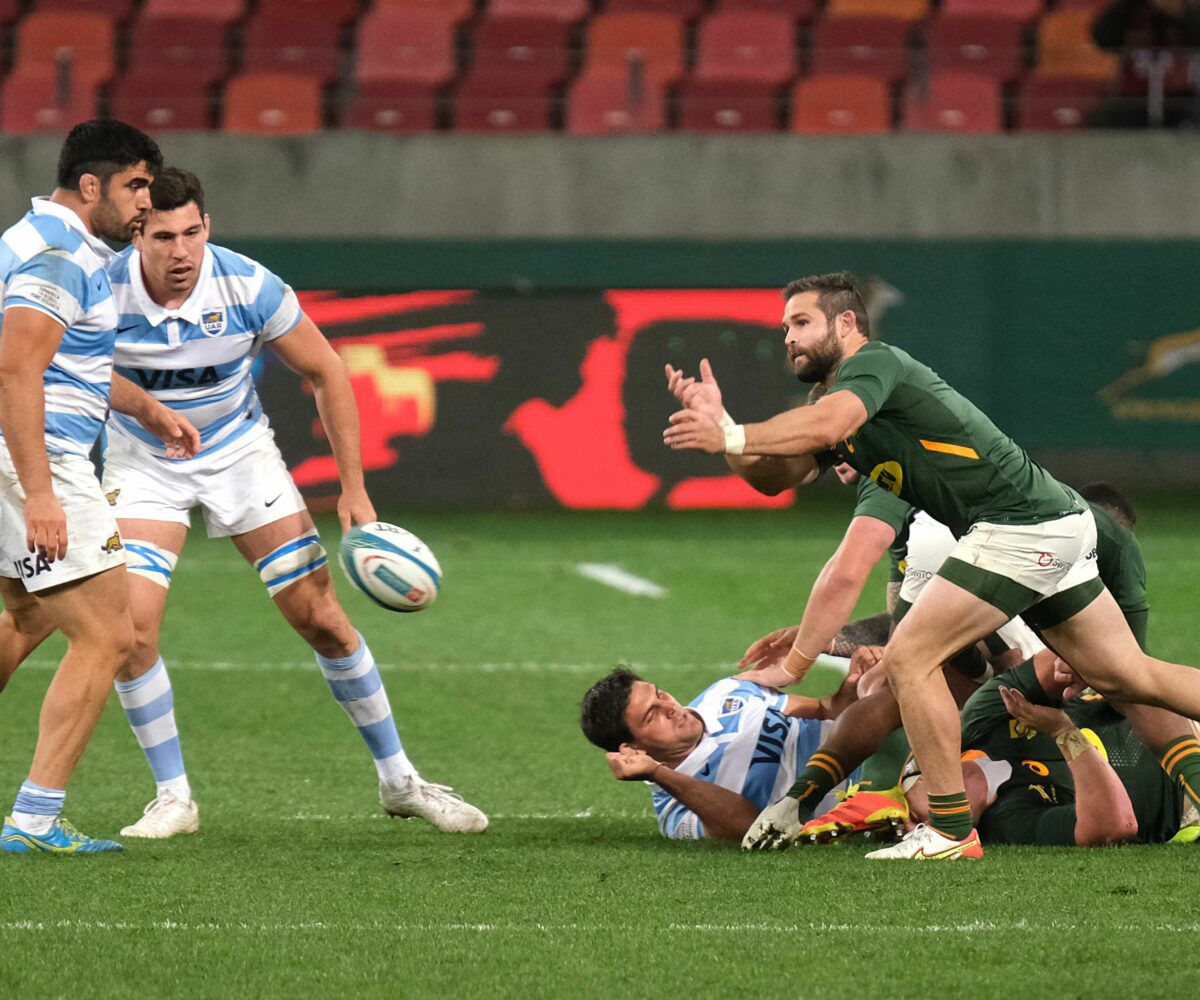 Maasai beads: the interplay between Europe and Africa