by BGC Senegal
in Africa News
Reading Time: 3 mins read
A A
468
SHARES
1.8k
VIEWS
Share on FacebookShare on Twitter

For decades, African athletes have traveled all over the world to take part in the Olympic Games. At the recent Tokyo Games, they took home gold, silver and bronze medals. And yet Africa has never hosted the Games, and some people are asking what it would take for the Olympics to be held on African soil.

In Kenya, thousands cheered on one of their favorite long-distance runners, Eliud Kipchoge, who won the gold medal in the men’s marathon. One Kipchoge fan had a special request for the government — Develop the country’s sports infrastructure.

“We are very happy, all of us from Rift Valley and Kenyans as a whole… [But we] just [want] to implore our leaders to address the issue of stadiums… The Kipchoge Keino Stadium is dilapidated. And today, Kipchoge has shown the world that we are more than capable,” said Mandela Kiplimo, a resident of Eldoret, about 40 kilometers from the Olympic champion’s hometown of Kapsisiywa.

Having subpar sports facilities that don’t meet international norms is one of the biggest challenges for countries that want to host the Olympic Games. For many of them, it’s just too expensive, said Smith College economics professor Andrew Zimbalist, who edited the book “Rio 2016: Olympic Myths, Hard Realities.” “You might read, for instance, that in Tokyo they spent roughly US$15 billion, or that in Brazil or Rio 2016 they spent $12 to $15 billion. But the real numbers in Tokyo are above $35 billion, and the real numbers in Rio are above $20 billion,” Zimbalist told VOA.

Zimbalist said developing countries face even higher costs. “They don’t have the necessary transportation, communications, and security and hospitality infrastructure, so the amount of money they have to invest to do it is much, much larger,” he said. “Sochi spent somewhere between $51 to $65 billion to host the Winter Olympics in 2014… China, Beijing spent somewhere north of $44 billion to host the Games in 2008. And the problem is that more often than not, you are constructing infrastructure for the purpose of hosting the Games, not for the purpose of solving development bottlenecks in your country.”

Senegal’s President Macky Sall poses after signing the contract for the 2022 Youth Olympic Games, to be hosted in Senegal, at the 133rd IOC session in Buenos Aires, Argentina on Oct. 8, 2018. /Reuters

For now, Senegal is preparing to host its first Youth Olympic Games in 2026. The YOG were added to the Olympics in 2010 to give athletes ages 14 to 18 the chance to compete.

Experts say the YOG in Buenos Aires in 2018 had an Olympic Village with about 4,000 athletes from 260 countries. That contrasts with the estimated 12,000 athletes for the larger Olympics. Generally, experts say, the YOG will require about one-third of the investment needed for the Olympic Games.

While Senegalese officials say they are excited and honored to make history as the first African country to host the YOG, they also understand the responsibility that comes with it. “There are expectations from the whole African continent, and Senegal has to organize games that would live up to the standards of previous Youth Olympics.  And because of that, Senegal is going to make sure it’s a success and serves as a catalyst for mobilizing and engaging Senegalese youth in particular, and African youth in general,” Babacar Makhtar Wade, president of the Senegal Judo Federation, told VOA.

Wade, who is also treasurer of the Senegal National Olympic and Sports Committee, said renovation plans are well under way.  “We are planning to first renovate three main venues — the Iba Mar Diop Stadium, which will host track, rugby and other sports. There’s also our Olympic pool, which needs to be renovated. It has an adjacent park, which will host a few events such as the BMX freestyle, basketball three on three and hockey games. And there is also the Caserne Samba Diery Diallo, where the equestrian-related activities will take place,” he said.

There will also be venues in hubs outside Dakar including a popular seaside resort that will host beach volleyball, boating and other events, and Diamniadio, site of a new 50,000-seat multipurpose stadium and other facilities. President Macky Sall said at last year’s groundbreaking ceremony that the stadium will be available for future local and international competitions. 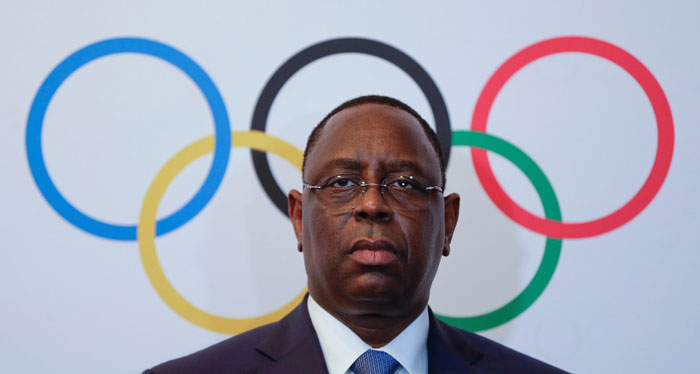 Castel of France to Probe Allegations of African Militia Support

Castel of France to Probe Allegations of African Militia Support