What a $25,000 first check does for Africa’s female founders

by Admin5
in Africa News
Reading Time: 4 mins read
A A
465
SHARES
1.8k
VIEWS
Share on FacebookShare on Twitter

Ifeoluwa Dare-Johnson believes early medical testing could have saved her father, who died suddenly in 2019. His passing was a great shock for the Nigerian entrepreneur, because while he had blood pressure issues, he never looked in need of critical care.

The tragedy inspired her to start a company that takes requests for lab tests online, and delivers results to customers’ homes within three days, empowering people to be proactive about their medical care. Dare-Johnson relied on her savings, and her sense of purpose, to launch Healthtracka in May.

She quickly realized external funding would be necessary for the company to scale. But who would fund a female founder in Nigeria, running a startup for the first time, in a sector that wasn’t fintech? As is the case globally, only a handful of venture-backed startups in Africa are founded by women. One investor told Dare-Johnson to come back in six months, when the startup acquired users. She was “too early,” she recalls being told.

Dare-Johnson finally found success with FirstCheck Africa, a fund which launched in January to invest $25,000 to support ventures founded by women in their very early stages. Her startup is one of four investments FirstCheck has supported this year.

The others are Kenyan grocery-shopping platform Tushop, as well as online-study service Foondamate and wellness-for-women platform Zoie Health, both from South Africa. Two of the four companies have one sole female founder each; Zoie Health was founded by two women.

From an Airtable form to a first checkFirstCheck is one of a range of initiatives that have emerged in recent months to support female founders in Africa. Many are focused on helping founders overcome the critical first stages of acquiring investment. Despite these challenges, a number of female-led startups have managed to secure impressive amounts of seed and angel investment since 2015.

When Dare-Johnson first applied to FirstCheck, her product only had three users. The fund asked her to fill out an Airtable form which asked about the industry, product, and problem she was tackling. The online form aimed to provide a direct channel to investors—no need for founders to dig through their networks to seek warm introductions, or hang around hotel lobbies for chance meets.

Dare-Johnson said First Check’s investment was particularly meaningful because it came from female entrepreneurs—the fund was started by Eloho Omame, founding managing director of Endeavor Nigeria, and Odunayo Eweniyi, co-founder of Nigerian fintech Piggyvest. “The founders were people I wanted on my side, because they had done incredibly well in their other roles,” she says.

She plans to use the investment to bolster her plans to satisfy customers and turn a profit.

“There’s a bias that it’s easier to raise capital for your venture as an African woman if you’re a social entrepreneur. A lot of grant capital tends to be available for female-led ventures doing impact-focused work,” Omame says. That’s welcome, she adds, but “it’s important to stress that is not the only kind of entrepreneurship women are ambitious about or capable of. There tends to be a lot of skepticism around women’s ambition and ability to build and scale businesses”—a bias Omame says doesn’t often apply to men.

One example of the importance of that first investment in a female-led company is LifeBank, a blood products company founded by Temi Giwa-Tubosun. A 2017 Quartz Africa innovator, Giwa-Tubosun won $250,000 two years ago in the inaugural “African Business Hero” prize, set up by Alibaba tycoon, Jack Ma. Last year, Global Citizen ranked her at the top of a list of  the world’s “most conscious” private sector leaders. In a TED Talk declaring that healthcare is a right, Giwa-Tubosun sounds like an non-profit advocate talking truth to power.

LifeBank leaned into equity investments to fuel its currently admirable growth. It took-off in late 2015 when Co-Creation Hub, a Nigerian incubator, invested $25,000 in the company. Three years after that first check, the startup raised $200,000 in seed money on the back of nearly $100,000 in revenues. EchoVC, which invests in African startups in partnership with US-based private equity firm TPG Growth, is one of LifeBank’s backers.

While it retains a social impact outlook, LifeBank has been innovative in its value chain. It started using drones for blood delivery two years ago, and opened an oxygen plant in July to produce 700 cubic meters of oxygen daily. LifeBank is smaller than Zipline, the American, Rwanda-based medical delivery drone company worth $2.7 billion, but it is inserting itself as an essential node into Africa’s healthcare network.

Backing women “ridiculously early” is a possible challengeCredit for LifeBank’s growth cannot be reduced simply to that first wad of cash years ago. And a check of $25,000 may not be the largest in Africa’s increasingly liquid ecosystem, where some investors are beginning to question startup valuations. But the psychological boost an initial investment can have for new founders like Dare-Johnson shouldn’t be underestimated.

“It validated that we were on the right path, and we feel we can do the things we want faster,” Dare-Johnson says. Healthtracka now has six employees, and is closing on its 1,000th customer.

FirstCheck sifted through nearly 100 pitch decks to select its first four startups. The venture, which guides founders on operations and growth, has seen a steady increase in new applications, Omame says.

Interest has come from women across Africa and at different levels of professional experience—from fresh graduates to former mid-level managers at firms like Uber and Unilever. Most applicants have a product but aren’t generating revenue yet. “In one case, our check actually went into building the tech for the company’s minimum viable product,” Omame says.

It plans to support at least two more startups before the end of the year.

It’s early days but Dare-Johnson has her tech, and is building Healthtracka based on product marketing experience in logistics, consumer goods, and medical diagnostics companies. If she catches other investors’ attention in six months time, it could be because of the necessary funding that got her through the initial uncertain days.

An earlier version of this article described FirstCheck Africa as a collective. It is a fund, with plans to launch a collective. 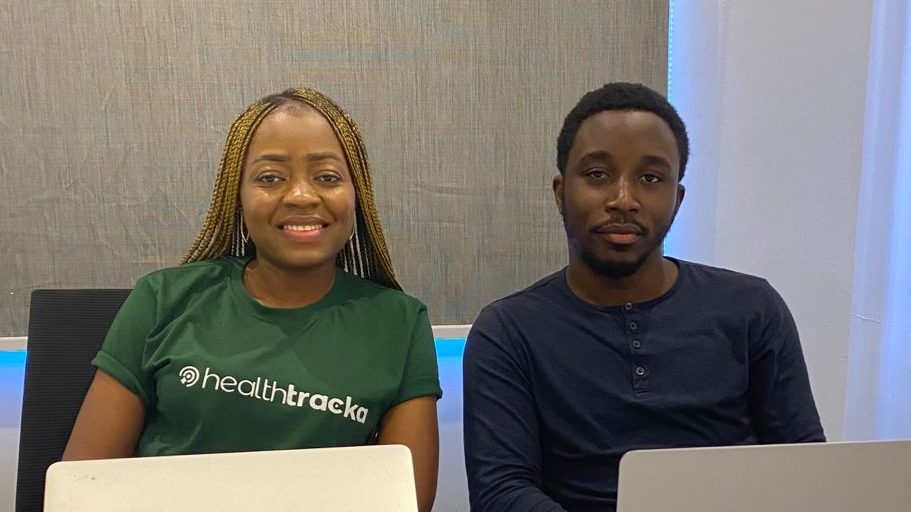