California’s gubernatorial recall election is now in its final four weeks, and, despite Gavin Newsom’s campaign kicking into high gear, the polls still show that it’s a toss-up as to whether the incumbent governor will survive.

On the surface, the notion that a popular Democratic governor in the country’s most reliably and vitally blue state could fall to a conservative Republican is an absurdity—as much of an absurdity, say, as the notion in the spring of 2016 that UK voters would choose to leave the EU a few a months later, opting for isolation from Europe rather than the right to live, study, and work in 27 other countries; or the notion, in the early fall of that year, that US voters would opt for a charlatan like Donald Trump in November.

It’s an absurdity that becomes plausible if taken in the context of all the other noise in the political ether that threatens to drown out Newsom’s messaging and tamp down awareness of and interest in the recall process.

When Democrats set the recall election date for September 14, they had no inkling of the speed with which the Delta variant would resurrect the Covid pandemic and, once again, threaten to overwhelm local hospital systems. Earlier this summer, California was posting under 1,000 new cases a day; for the last few weeks, it has regularly posted between 10,000 and 15,000 per day, and in rural counties with low vaccination rates, especially in the Central Valley, test positivity rates are through the roof again.

Democrats in Sacramento also didn’t know when they chose the recall date that Joe Biden, Kamala Harris, Nancy Pelosi, and other top Democrats in D.C. would soon become preoccupied with damage control over the extraordinarily inept final act of the disengagement from Afghanistan, and the horror-show of the Taliban sweeping back into power. While Newsom obviously had nothing to do with that, or with the scathing international reaction to this denouement, the events half a world away have surely upended his strategy of getting a surge of media and voter attention from mid-August onward, as ballots land in mailboxes.

Newsom needed to be able to control the news cycle, and to bring in every heavy-hitter Democrat in D.C. to argue his case to California voters; instead, the attention of those heavy hitters is focused on the ugly end to America’s longest war, and on America’s role in the world after Kabul’s fall.

In their decision as to when to hold the election, Democrats also didn’t predict that by late August, a vast swath of California would once again be ablaze, and tens of thousands of terrified residents would be under mandatory evacuation orders and on the move away from homes now in fire zones. Millions more would be living for weeks on end under toxic smoke hazes that sear lungs and irritate eyes and make daily life desperately unpleasant. These are hardly conditions conducive to holding a high-turnout, high-engagement, off-year election.

Put enough black swan events together, and at some point the surreal becomes business as usual.

Yet it isn’t only the presence of these unpredicted events that threatens to throw a spanner in the works of Newsom’s anti-recall strategy. What makes the entire thing a farce from start to finish is the fundamentally antidemocratic structure of the recall process itself: as I wrote last week, Newsom might get 49 percent of the vote and be replaced by someone who receives less than 20 percent, or conceivably even less than 10 percent. Which is why two voters in California recently filed a federal lawsuit requesting the courts rule that the way California structures its recall vote is unconstitutional, since it flies in the face of the notion of one person, one vote. The plaintiffs are arguing that it violates the 14th Amendment, the Due Process Clause, and the Equal Protection Clause.

In their lawsuit against Shirley Weber, California’s secretary of state, the attorneys for the plaintiffs note that the recall process “gives to voters who vote to recall the Governor two votes—one to remove him and one to select a successor; but limits to only one vote the franchise of those who vote to retain him and that he not be recalled, so that a person who votes for recall has twice as many votes as a person who votes against recall.” The attorneys for the plaintiffs argue that “this is unconstitutional both on its face and as applied,” and they have requested that the courts issue a preliminary injunction either preventing the election from taking place or mandating that Newsom’s name be placed on the second part of the ballot as well—a remedy that might have been of more consequence a few weeks ago, before millions of ballots were printed and mailed out to voters around the state.

At this stage, with the vote already well underway, the lawsuit might be something of a Hail Mary. But even if it doesn’t ultimately stop the election from occurring as planned, it raises an important legal argument that, in a rational world, ought to give pause to anyone who seriously thinks California’s recall process is anything other than fundamentally unfair and shockingly antidemocratic.

A vast majority of Californians don’t want the recall vote in the first place, believing recalls should be reserved only for instances in which the governor is accused of manifestly illegal or unethical activities. A majority also believe that a far higher signature-gathering threshold should be required before such a vote is triggered. And a solid majority support restructuring the recall process so that the two questions on the ballot—should the governor be recalled and who should replace the governor—aren’t decided on the same day.

Unfortunately, many Californians are likely to express their distaste for this process by sitting out the vote, inadvertently handing a huge advantage to Newsom’s opponents. Polls of all registered voters show that Newsom has a comfortable lead; but polls of likely voters show that he is still struggling to hit the 50 percent mark he needs to survive.

And, through it all, California continues to burn. Daily, the number of fires grow and the scale of the epic destruction increases. There are now tens of thousands of local, state, and federal firefighters are on the front lines. They are struggling valiantly to contain the infernos. Yet, even in a best-case scenario, those blazes will be dominating Californians’ lives for months to come. 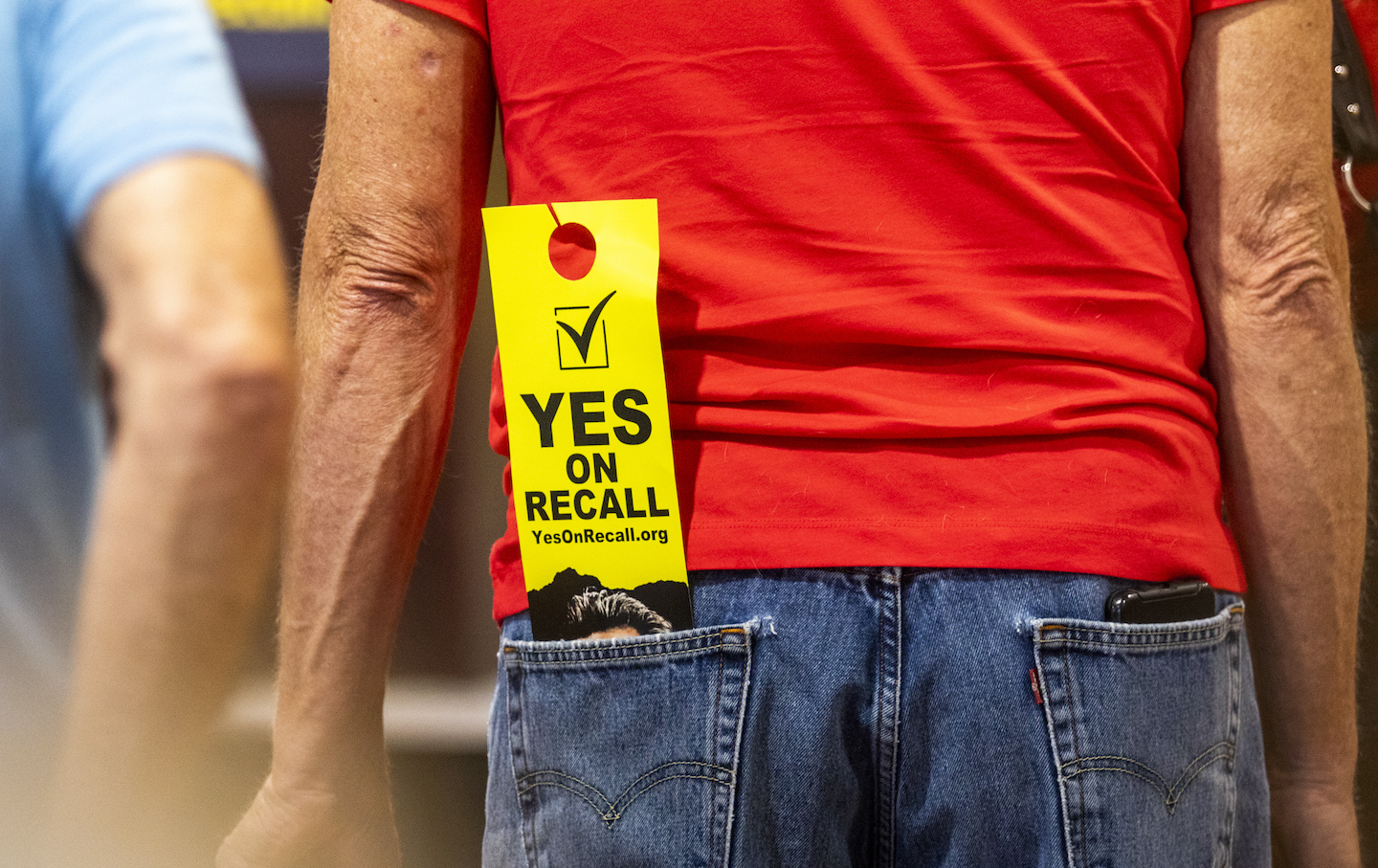 DOH finally concedes that there may be community transmission of Delta

Return to school amid COVID-19, again, brings mix of anxiety and hope

Return to school amid COVID-19, again, brings mix of anxiety and hope