by Admin5
in Africa News
Reading Time: 2 mins read
A A
468
SHARES
1.8k
VIEWS
Share on FacebookShare on Twitter

An early Bitcoin miner has recounted the time he deleted his wallet now worth almost $1 million
The South African, then 12 years old, was mining on a home-built PC just for the experience
He deleted the file containing his password and keys, but doesn’t dwell on the loss

An early Bitcoin miner has recounted the story of the time he deleted the keys to a Bitcoin wallet holding ₿20, now worth almost $1 million. The South African miner, whose story is profiled on South African website My Broadband, told the site a tale that is by now familiar to those who have been in the space for a while – he mined the bitcoin on a home computer but lost interest when he couldn’t do anything with it, before deleting the keys in a digital clearout. That wallet is now worth $950,000 in today’s prices, although he says he has come to peace with the loss.

Bitcoin Mining Was Very Different a Decade Ago
Bitcoin mining in the early days was something you could do on a home computer, or at a push a laptop. This is what Mark Michaels (not his real name) did when he was 12 years old on his first ever self-built computer, having had an interest in tech from his formative years. Michaels says he mined Bitcoin for “a few weeks to a couple of months continuously” on his PC, using no more electricity than if he was gaming.

He managed to mine around ₿20 in total, which reached a peak that year of $0.08, so it was hardly something to get excited about – not that he could have easily sold it if he had wanted to. Indeed, Michaels says he “got bored of it” as he couldn’t do anything else with the PC when it was mining, and the bitcoin he was making was “practically worthless” at the time.

Michaels is in Good Company
Eventually Michaels forgot all about the wallet and deleted the file containing the key and password during a clearout. Given that few adults realised the potential Bitcoin had at the time, for a 12-year-old to keep the faith and retain his wallet for around a decade is bordering on the impossible.

Michaels did make an attempt to recover the file about seven years later, but it was fruitless. Like many in his position that have lost access to their Bitcoin hoards he has had to simply come to terms with it, which he says he has done, likening it to not playing the lottery one week and your numbers not coming up. 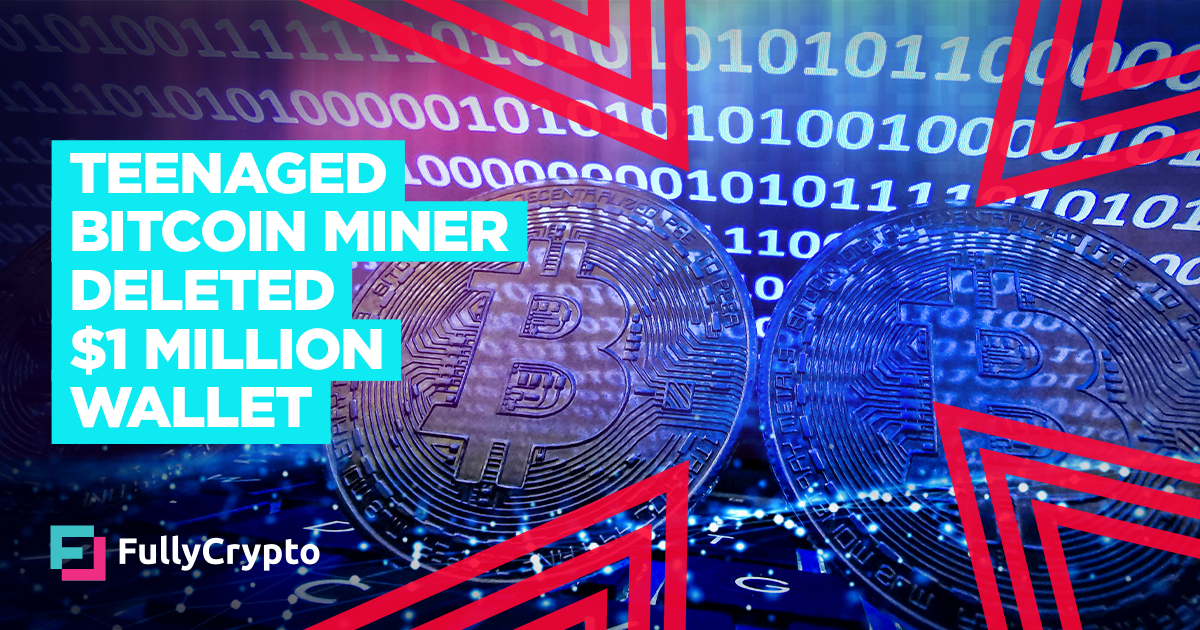