by Rebecka Paris
in Africa News
Reading Time: 4 mins read
A A
464
SHARES
1.8k
VIEWS
Share on FacebookShare on Twitter

The pinstripe suit Isaac Kimaru wore to work inside Kenya’s Kamiti Maximum Security Prison for nearly a decade lacked the grandeur of bespoke tailoring often donned by law school graduates in courts around the world. Like those he advises, the slender paralegal was subject to the unmistakable black and white stripes of incarceration.

Justice Defenders: The organization teaching prisoners in Africa how to defend themselves in court
For nearly a decade, life in prison is all that Kimaru knew.

The son of a teacher whose father died when he was 10 years old, Kimaru said he came from humble means in Kenya. At 25, he described being in his second year of law school when he began spending time with “bad company” and robbing cars to fund his “lavish lifestyle.” The transgressions, and Kenyan authorities, caught-up with Kimaru and arrested him in 2010.

When 60 Minutes first reported on Kimaru last December, he was serving a 14-year prison term for his transgressions.

“It was shocking,” Kimaru told 60 Minutes about coming to prison. “At first, I got into some kind of depression…At some point, I felt like I’m broken completely.”

A soft-spoken 35-year-old British lawyer, McLean is the founder of Justice Defenders, a nonprofit that trains prisoners and their guards in Kenya and Uganda to become paralegals. Correspondent Anderson Cooper interviewed McLean for Sunday’s episode of 60 Minutes.

Alexander McLean is the founder of Justice Defenders.

“Alexander McLean is kind of an extraordinary person,” Cooper said to 60 Minutes Overtime. “He started at 16 volunteering at a local hospice [in Great Britain]. By 18, he was volunteering at a hospice in Africa and he’s dedicated his life to serving people who most people don’t really care about. Prisoners in Africa are probably pretty low on the list of individuals that a lot of people in the world really think about very often.”

“Currently, in Kenya, we do not have a public defender’s office,” said Miriam Washira, the country director of Justice Defenders in Kenya. “That means that you only get legal representation or advice from a lawyer if you can afford it.”

Washira explained prisons in Kenya are overcrowded because more than half of the inmate population is awaiting trial and cannot afford to pay cash bail for amounts that generally convert to about $10 in U.S. dollars.

Poverty is not the only challenge faced by many Kenyan inmates. Another is English literacy. The official language of the Kenyan court system is often a barrier that prevents the accused from understanding the charges brought against them.

Miriam Washira is the country director for Justice Defenders in Kenya.

“There are interpreters who try to interpret, but, of course, there’s breakdown of communication in most of the instances,” Washira said. “Most of the people will not even understand what their charge is.”

Before the COVID-19 pandemic, Justice Defenders’ staff lawyers would conduct in-person paralegal training sessions for a select number of inmates admitted to participate. The three-week crash course focused on the basics of criminal law and included moot court simulations. Equipped with offline computers, the prisoners were taught how to read cases and file appeals with the court.

When the coronavirus pandemic reached Kenya, prison visitation was restricted. Previously banned, prison internet access became a salvation for a Kenyan court system that could ill afford to fall behind. Justice Defenders’ worked quickly to help source computers and establish functioning internet for the prisons it operates within. The results are staggering.

The Kenyan digital justice program has conducted thousands of online court hearings during the pandemic.

“The maximum [security] prisons, for instance, Kamiti, said they have never seen so many cases resolved like what they have seen during this period,” Washira told 60 Minutes Overtime last December.

The digital justice system has not come without challenges. Internet access is not often unreliable in Kenya. Justice Defenders’ Miriam Washira noted that prosecutors have struggled to get witnesses to appear in online court.

The mental health effects of this judicial technological revolution is also difficult to measure. Washira said in-person court hearings have served as a reprieve from prison life and an opportunity for inmates to see family.

“Initially, if you’re on trial, you’re awaiting trial, every two weeks you’re out of the prison gates going to court,” Washira said in December. “But now with COVID, of course, there’s no movement. But even after that, if we maintain the digitalization, it means that there’s zero movement for [the prisoners]. It was also a time for to meet their relatives who could not see them maybe in prison…So that also has been taken away by digitalization.”

Whether Kenya’s digital justice continues after the pandemic remains unclear.

In the present, Miriam Washira and Justice Defenders are making the most of prison internet access. The organization streamlined and adapted its training. Staff that previously taught inside one prison at a time now conducts sessions simultaneously accessed by inmates in multiple locations. The expanded syllabus includes Zoom etiquette and proper conduct during online hearings. Washira said that before the pandemic most of the prisoners had never seen a laptop.

Isaac Kimaru was an exception. The paralegal sentenced to 14 years credits Justice Defenders for providing him an opportunity to reestablish meaning in his life. While in prison Kimaru completed his law degree remotely through The University of London in the same program Nelson Mandela studied under while he was incarcerated.

The lawyer said that upon his release he plans to attend the Kenyan School of Law to gain admittance to the bar and become an advocate to the high court.

Once a post-prison goal, Kimaru now can act on his ambition. In June, he was granted an early release from Kenya’s Kamiti Maximum Security Prison.

“My main aim is to give back to the society in all aspects where we can try to bring equality and justice,” Kimaru said in December. “Where we can be defenders of justice.”

Editor’s Note: After reporting on McLean and his non-profit, Cooper selected Justice Defenders as the beneficiary of a $138,197 donation from “JEOPARDY!.” The total matched the contestants’ winnings from the second week the 60 Minutes correspondent guest hosted the popular game show in April. 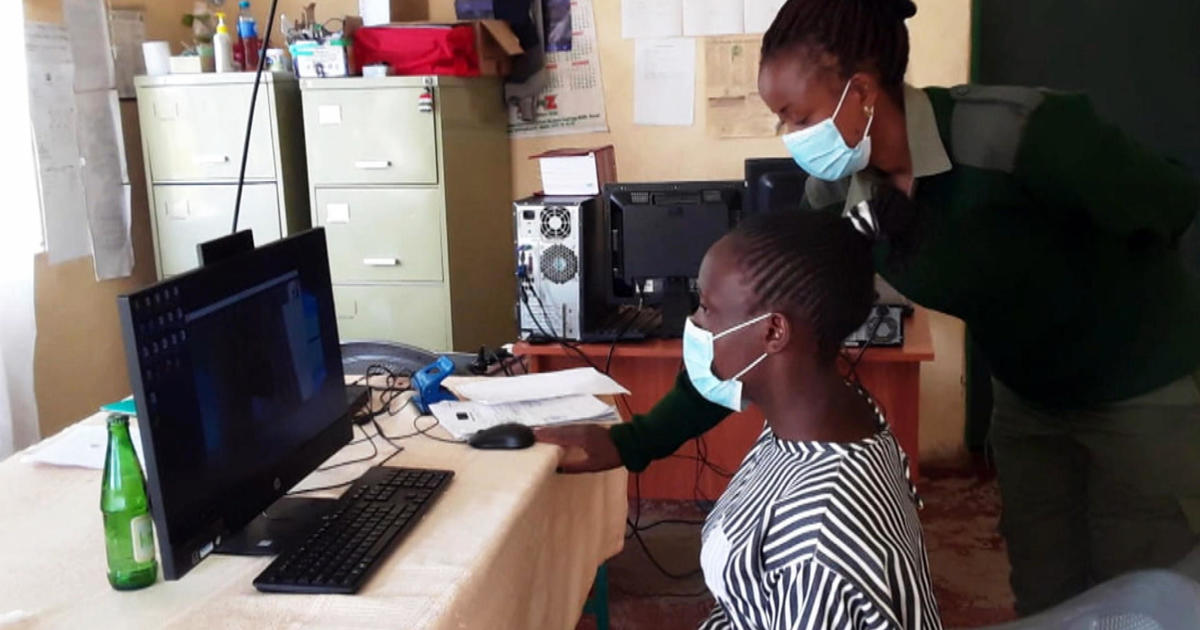 Zambia: President Lungu Under Pressure to Concede Defeat in Polls