by Laine Pingree
in Africa News
Reading Time: 1 min read
A A
464
SHARES
1.8k
VIEWS
Share on FacebookShare on Twitter

ALGIERS: Algerian firefighters were still struggling Sunday to put out 19 blazes in the north of the country, where 90 people were killed in wildfires this week.

A statement from the emergency services said its teams were trying to extinguish 19 fires in 10 provinces.

It said six blazes were still raging in Bejaia, three in El Tarf and two in Tizi Ouzou, the worst-hit province where entire villages were destroyed.

The government has blamed arsonists and a blistering heatwave for dozens of blazes that have raged across the country’s north since Monday, but experts have also criticised authorities for failing to prepare for the annual phenomenon.

The fires have killed 90 people, including 33 soldiers, according to reports from local authorities.

Algeria is Africa’s biggest country by surface area, and although much of the interior is desert, the country’s north has over four million hectares (10 million acres) of forest, which is hit every summer by fires. 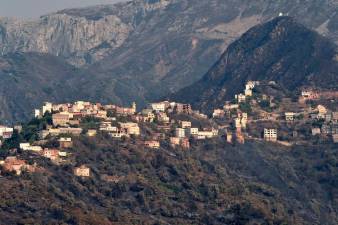