The main rebel group in Ethiopia’s Oromoa region on Saturday warned that it could cut off a major highway that links Ethiopia to Kenya, in what could directly affect trade with Nairobi.

The Oromo Liberation Army (OLA), a militia group allied with the proscribed Tigray People’s Liberation Front (TPLF) said they had mounted an offensive that could block the main highway from Moyale, the only modern border post between Kenya and Ethiopia, which was only launched last December.

If taken over, it will be the first time the conflict in Ethiopia would directly affect Kenya, Ethiopia’s neighbour to the south.

OLA news sources claim that its fighters are rapidly advancing on the western and southern fronts of the Oromia region.

In the southern front where the Ethiopia-Kenya highway passes through, the rebel group claimed to have controlled the entire Gujji zone and parts of the Borena zone bordering Kenya.

As the OLA fighters pushed deeper to take full control of the Borena zone, the militant group claimed that it has now reached close to cut-off the Ethiopia-Kenya road.

OLA is using blockage of key roads, including those leading to the Amhara region, as its military strategy.

On Thursday, Prime Minister Abiy Ahmed’s spokesperson, Billene Seyoum, told reporters that a counter-offensive is ongoing to thwart the threats posed by OLA, which the Ethiopian government refers to as OLF-Shene.

OLA and TPLF were designated last June as terrorist organisations by the Ethiopian government.

The two rebel groups on Wednesday announced inking a military alliance to overthrow a sitting government in Addis Ababa.

A day later, Addis Ababa downplayed the announced alliance saying it is not a surprise to the Ethiopian government.

The 500-kilometer road, which is also part of the Trans African Highway project, was inaugurated on December 9, 2020 by Kenyan President Uhuru Kenyatta and Ethiopian Prime Minister Abiy Ahmed.

The road has allowed landlocked Ethiopia an additional access to ports. Ethiopia has for decades been highly dependent on neighbouring Djibouti for its maritime trade.

Ethiopia, Africa’s second most populous country with a population of about 115 million people became landlocked after its former province, Eritrea, gained independence in 1993. The Horn of Africa nation has been using the ports of Djibouti for about 95 per cent of its imports and exports.

To ease the huge dependency on Djibouti, Addis Ababa has been looking for other options including via Kenya which eventually enabled the country to be in a better negotiating position on port services in terms of port tariffs.

Construction of the major road corridor was also intended to bring an economic integration between the two neighbours and the region at large.

According to Ethiopian officials, the road further would serve as a crucial outlet for Ethiopia to use the Lamu Port, South Sudan-Ethiopia-Transport (LAPSSET) Corridor. 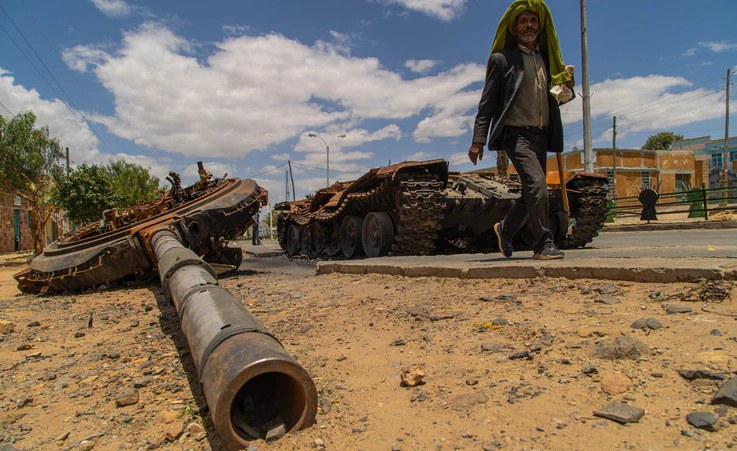