by Rebecka Redner
in Africa News
Reading Time: 3 mins read
A A
466
SHARES
1.8k
VIEWS
Share on FacebookShare on Twitter

The arrest of Rebecca Enonchong, an investor in African tech startups and CEO of a US-based software company herself, is the latest example of Cameroon’s worrying love for arbitrarily detaining its citizens in recent years.

The Cameroonian born tech entrepreneur lives in the US but was in Douala, Cameroon’s main port city, this week. According to reports, she was invited by an arm of the country’s police to supposedly answer questions over an investigation of a family member, but was arrested after a complaint of contempt of court by the government’s attorney general on Aug. 10. Enonchong announced her release on Aug. 13.

In addition to detaining those who are critical of the government, Cameroon is also notorious for restricting internet access especially as it tried to limit information spreading globally about its actions during the Anglophone crisis.

Enonchong is best known in Africa for being the founder of AppsTech, which operates in the US and Cameroon, and for co-founding the African Business Angels Network, which promotes early-stage investment in startups in the continent. With over two decades as an entrepreneur, she is a highly revered figure on African tech and innovation.

Investors and key figures in Africa’s tech scene petitioned for her release. AfriLabs, the largest network of innovation hubs on the continent where Enonchong is board chair, described her arrest as “a blatant disregard for the rule of law.”

“We are disappointed with the Cameroonian government on this development and we strongly ask they #FreeRebecca,” AfriLabs said. It was the birth of another unfortunate hashtag in the central African country that has been the source of many recent concerns for human rights observers.

A spree of curious detentions and repression in CameroonEnonchong’s arrest follows a similar event at the end of May when Cameroonian police threw Amungwa Tanyi Nicodemus, a human rights lawyer, in jail. He was accused of inciting terrorism after making a complaint about a procedure in a client’s case. Human Rights Watch said the charges were “bogus” and has called for his immediate release.

Last December, a Cameroonian-born German engineer Wilfried Siewe was finally released from jail after almost two years. He had been arrested after police found a video of a protest held in Berlin against Paul Biya, Cameroon’s 88-year-old president who reportedly rules the country from the comfort of a hotel in Switzerland.

Some initial observations on Enonchong’s case suggested that her pointed criticisms of Cameroon’s repressive government may have played a role in her detention. She has often used her Twitter account, which has over 120,000 followers, to directly weigh in on Cameroon’s most sensitive political issues, including a crisis in the English-speaking half of the country that has led to over 4,000 civilian deaths.

It’s Cameroon, so be very concernedA picture of Enonchong leaving a court on Aug. 11 showed her in the company of Edith Kah Walla, the leader of the Cameroon People’s Party (CPP), part of the opposition to Biya’s government. Enonchong’s case was heard at Court of First Instance in Cameroon’s economic capital Douala. At the court hearing on Aug. 12, Alice Kom—the first French-speaking Cameroonian woman to be called to the Cameroonian bar—was present, as was the attorney general who brought the case.

“Rebecca is being held for “outrage à magistrat” or ‘Contempt of Court’ but then the charge of ‘contempt’ in many of such cases is mainly used to silence critics,” Kathleen Ndongmo, a Cameroonian fellow at the Open Internet for Democracy Initiative, told Quartz. She believes the international community was right to be concerned, describing Enonchong’s arrest as “a deliberate attempt to silence those who speak up for the oppressed in Cameroon.”

Fidelis Ndeh-Che, another Cameroonian tech entrepreneur, was arrested and jailed in questionable circumstances in 2019. It was a story that Enonchong, in a widely-shared Twitter thread, memorialized as “a tragic story of one of Africa’s most brilliant minds in tech.” He is now serving a life sentence for treason in a Cameroonian prison.

This piece was updated following Rebecca Enonchong’s release on Aug. 13. 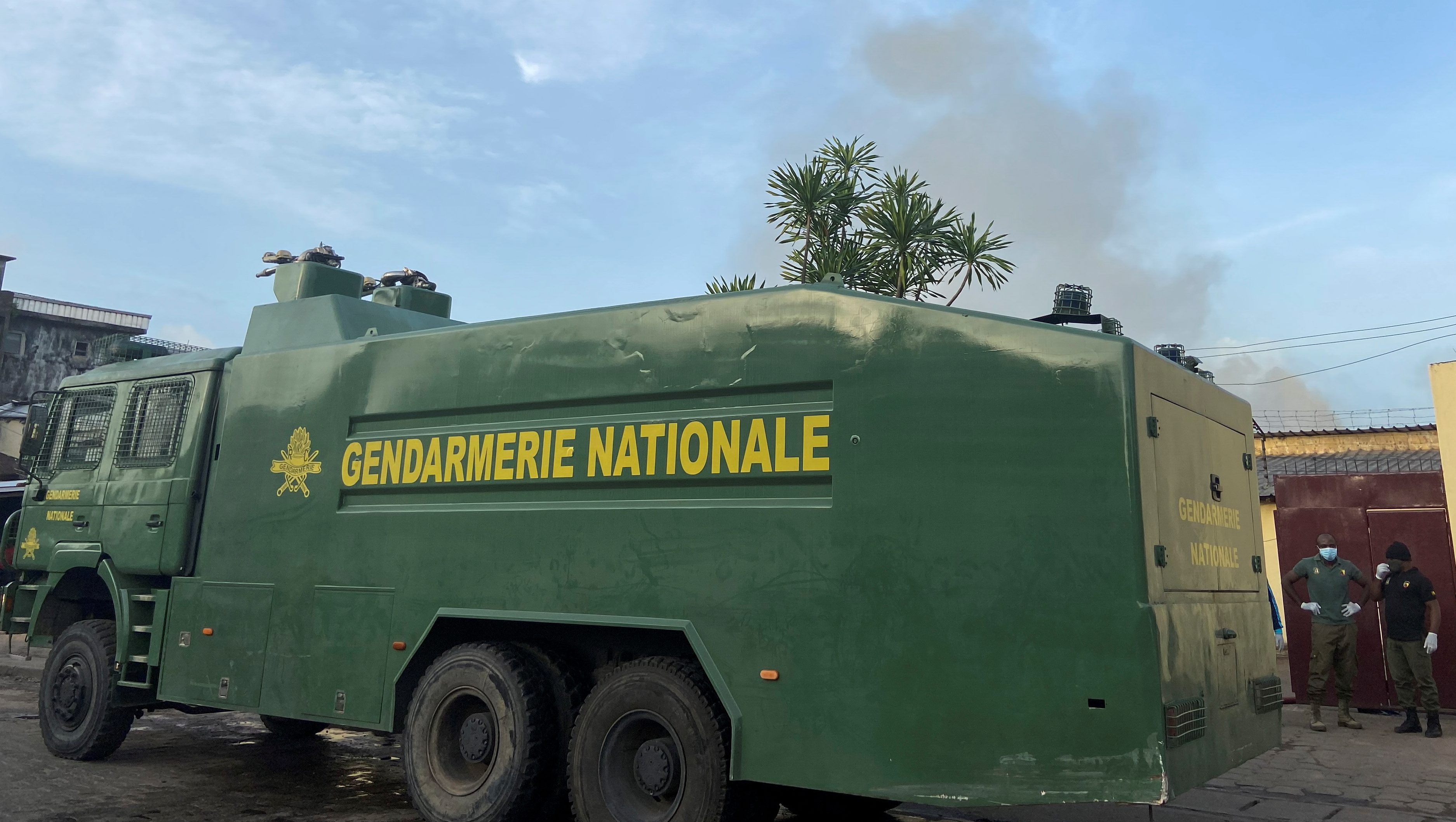