Take It From Them: Americans Hospitalized With Covid Regret Not Getting the Vaccine

by Rebecka Redner
in COVID-19
Reading Time: 6 mins read
A A
467
SHARES
1.8k
VIEWS
Share on FacebookShare on Twitter

Conservative radio host Phil Valentine spent months preaching vaccine skepticism to his followers in Nashville. It seems like many of them listened. Tennessee has experienced a dramatic spike in the Covid-19 cases as the Delta variant has swept the nation, with the case rate ballooning over 220 percent over the past two weeks, according to The New York Times.

Among the newly infected is Valentine.

Valentine’s station, 99.7 WTN, announced on Friday that the host contracted Covid and that he is in “serious condition” in the critical care unit. The experience has led Valentine to reconsider his stance on the vaccine. “If he had to do it over again, he would be more adamantly pro-vaccination, and that is what he will bring in his message when he gets back to that microphone which we hope is sooner rather than later,” his brother Mark recently told News4 Nashville.

Valentine’s hospitalization is another needless tragedy in a pandemic that should have been all but snuffed out months ago. Thankfully, he’s had plenty of support. Since the announcement last week, friends and fans have expressed their well wishes on Twitter, and his family has kept followers updated on Facebook. “Phil & his family would like for all of you to know that he loves ya’ll and appreciates your concern, thoughts & prayers more than you will ever know,” 99.7 posted July 22nd. “Please continue to pray for his recovery and PLEASE GO GET VACCINATED!”

If and when Valentine recovers, he would do well to work to undo some of the damage he has done. This would include apologizing to the people whom he told were “probably safer not getting [the vaccine],” as he wrote in a December blog post. Valentine also parodied the Beatles “Taxman” with “Vaxman,” singing: “Let me tell you how it will be / And I don’t care if you agree / ‘Cause I’m the Vaxman / Yeah, I’m the Vaxman / If you don’t like me coming round / Be thankful I don’t hold you down.”

The degree to which right-wing influencers like Valentine are responsible for the vaccine hesitancy fueling the Covid resurgence can’t be overstated. Local radio hosts, cable news talking heads, and Republicans in Congress have duped tens of millions of Americans into failing to protect themselves and others from the disease. These unvaccinated millions are now coming down with severe cases of Covid at an alarming rate. Like Valentine, many of them are expressing regret that they neglected to get the vaccine.

There are plenty of Americans who are unable to get vaccinated, such as children, but even more have willfully abstained amidst an onslaught of misinformation. Here are some recent reported examples of unvaccinated Americans and their families who were hospitalized with Covid and now regret forgoing the vaccine:

Jessica DuPreez and her fiancé Michael Freedy had decided to wait and watch before getting vaccinated. But then Freedy caught Covid-19 and died.

“We just wanted to wait a year … just to watch and see what people’s reactions were to it. We didn’t think a year would matter.” pic.twitter.com/7sq44UL4FW

This 31-year-old dad from the US state of Missouri was “strongly” against getting the COVID-19 vaccine — until he got infected himself. pic.twitter.com/YL2WzwRqBp

Joe Kurilla lost his wife of 29 years to Covid-19. He urges skeptics to get vaccinated.

“I wish I could have you sit there with me in the hospital room with my wife having the tubes up her nose … you would change your mind in a heartbeat.” pic.twitter.com/yqYEtnOCLN

The Covid case rate is rising dramatically among the unvaccinated, but the majority of those who have yet to get a shot still aren’t convinced. A recent Associated Press poll found that 35 percent of unvaccinated Americans say they will probably remain unvaccinated, while another 45 percent said they definitely will not get the shot. Despite evidence the vaccine offers strong protection against the Delta variant, 64 percent of unvaccinated Americans believe the vaccine does not offer protection against Covid variants.

A Kaiser Health analysis of state data published last Friday found that the vast majority of Covid cases (between 94.1 and 99.85 percent), hospitalizations (between 95.02 and 99.93 percent), and deaths (between 96.91 and 99.91 percent) are among the unvaccinated. 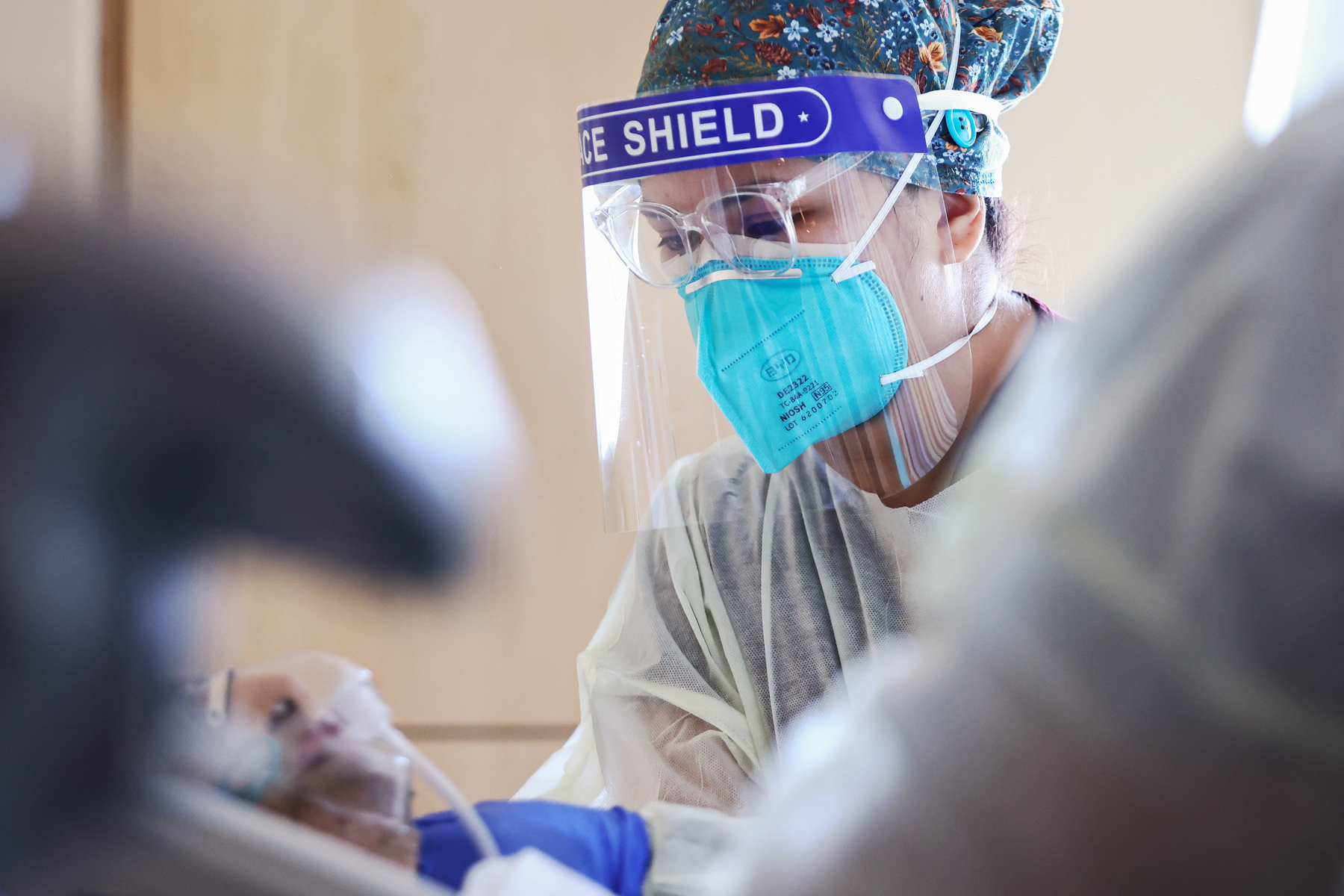 Tunisia Over Worst of Covid Wave But Must Speed Up Jabs, Says WHO

Tunisia Over Worst of Covid Wave But Must Speed Up Jabs, Says WHO