by By BABACAR DIONE Associated Press
in Africa News
Reading Time: 7 mins read
A A
465
SHARES
1.8k
VIEWS
Share on FacebookShare on Twitter

Warren Gatland’s men came from nine points down to beat the Springboks in the first Test in Cape Town and will be looking for a repeat of their second half performance this week.

First of all though we’ll have the South African national anthem.

It echoes around an empty Cape Town Stadium.

Alun Wyn Jones leads the British & Irish Lions out onto the pitch to bursts of fire from pyrotechnic devices.

The Springboks will be out next, and then kick off!

He’ll lead the green and gold shirts onto the pitch on what is a proud day for him.

It’s not long now until we’ll see the teams emerge from the tunnel.

Meanwhile the rest of the team are going through their final pre-match routines.

The tension is building.

The British & Irish Lions are just two hours away from going a third Test series unbeaten.

A look inside the empty Cape Town Stadium ahead of kick off as both sides go through their pre-match routines.

No fans have been present for any of the Lions games in South Africa due to Coronavirus restrictions in the country.

Lions boss Warren Gatland watches his team warm-up on the pitch at the Cape Town Stadium as kick off edges ever closer.

The first whistle is just twenty minutes away!

Here are the pre-match thoughts of Lions boss Warren Gatland in response to criticism from the South Africa camp that he destroyed the integrity of the series:

“To put the record straight post-match last week I never made one comment about the TMO.

“We questioned World Rugby in terms of the process and not having a back-up plan in terms of [if] there was any replacements needed.

“So that was the question, it wasn’t a question of integrity or anything like that.

“So I’ve sort of been accused of making comments last week, before the match I never said anything about the TMO so I’m not sure how the narrative has changed from that point of view.”

Conan made twelve carries in the last weeks Test, the most of any British & Irish Lion, taking his overall tally to 59 on the tour.

The Irish man has also gained the most post-contact metres of any forward (136) and gets the nod from Warren Gatland ahead today ahead of Taulupe Faletau.

And this is what Jacques Nienaber has to say on Rassie Erasmus’ midweek outburst at the officials:

“No I must say that’s Rassie [Erasmus].

“As Director of Rugby he felt he needed to get a message across.

“He discussed it with us [the team], we agreed and he got the message across.

“For us it was business as usual, we focus on the main thing which is preparing the team and getting ready for this massive occasion.”

Here’s what South Africa head coach Jacques Nienaber has to say ahead of kick off:

“Obviously it’s a big game for us, for both teams.

“They probably going to clinch the series so it’s a massive game, since the World Cup final it will probably be our biggest game.”

MAN OF THE MATCH

Maro Itoje was absolutely superb for the Lions last week.

He won three turnovers in the first Test, the most by any player in the opening Test of this year’s series.

It was also the most by any player in a Lions Test since Sam Warburton won four for the Lions against Australia in the 2nd Test in 2013.

Here’s how the 2021 Lions tour to South Africa has played out.

There’s just one blot on the Lions copybook so far, the 17-13 loss to South Africa ‘A’ two weeks ago.

The Cape Town Stadium once again plays host to the Lions against South Africa after being the venue for the first Test seven days ago.

And it will also host the third Test next week after the original plans to return to Johannesburg after the first Test were scrapped due to fears regarding the Coronavirus situation in the country.

A look inside the Lions dressing room at the crisp red shirts ready to see battle.

Mako Vunipola comes in to start in the front row in the place of Rory Sutherland after a monster appearance off the bench last week.

Conor Murray is also called up to the starting side as he replaces Ali Price, despite Price impressing last week.

Murray will bring invaluable experience though and a brilliant kicking game that will aim to put the Springboks on the back foot.

And Chris Harris comes into the centres in place of Elliot Daly.

Last weeks game wasn’t Daly’s finest as conceded a couple of penalties that allowed Handre Pollard to kick the Boks into the lead.

Chris Harris is preferred at outside centre and brings more physicality to the side to match up the brutal South Africa centre pairing of Damian de Allende and Lukhanyo Am.

Going into the game he had the best tackle evasion percentage of any Tier One non-half back in Test rugby since his debut, having evaded 49 of 89 attempted tackles (55%).

He’s certainly got some talent in his locker, which the England players will know all about after Kolbe crossed for the Springboks in their 32-12 World Cup final win over England.

Will we see a different Cheslin Kolbe today?

He becomes the outright fifth most capped player in Lions history, behind only Willie John McBride (17), Dickie Jeeps (13), Mike Gibson and Graham Price (both 12).

That stat certainly bodes well for Warren Gatland’s tourists, but all history will be forgotten when the first whistle comes around.

Just an hour to go now until the second Test gets underway in Cape Town.

Will the Lions seal an historic series win against the World Champions to make it three series in a row unbeaten?

Or will the Springboks come back to level things up at 1-1 to take it to a deciding Test next week?

There’s not long to go now until we find out!

IN CASE YOU MISSED IT

Rassie Erasmus dropped a Lions bombshell as the South Africa boss said he would QUIT ahead of the last two Tests, JONNY FORDHAM reports.

Under-pressure Erasmus posted a shock hour-long video this morning as he went nuclear.

During a sensational and damning slating of the referees for South Africa’s First Test defeat, the Springboks chief issued endless threats to step down.

Ranting Erasmus said: “I have previous encounters where I’ve made mistakes, saying things in public about referees and that normally comes back to bite you.

“But in this instance, the Lions only comes around every 12 years.

“And I think it should be fair that I’ll step away from these last two Test matches, but let the Springboks and the Lions have an equal chance on the field when it comes to laws, respect and the way that players get treated.”

And this is what Kolisi had to say when quizzed on how he’d been disrespected:

“Did you watch the video? Watch that and then we can chat afterwards.

“I don’t really want to get into it to be honest. I don’t want to get involved in that, I just didn’t feel I was given the same access to the referee.

“If you watch the game again you’ll definitely be able to see.

“But it’s already happened, I don’t want to speak too much about it, it’s not going to change anything.”

The Boks had two tries disallowed by the TMO, with Kolisi claiming he didn’t feel respected by the referee.

“But I’m looking forward to a new game and a new referee.

“I think Ben [O’Keeffe] will give a fair opportunity for both captains, and that’s all we’re asking.”

The Box conceded eight penalties in the second half compared to the Lions just conceding one.

As well as that, six of those penalties were in their own half giving the Lions chances to put points on the board.

Whoever wins the discipline battle today is likely to come out on top at full time.

The British and Irish Lions won the opening match of this year’s series last week, but only twice since 1900 have the Lions won their opening two games of a Test series against the Springboks. 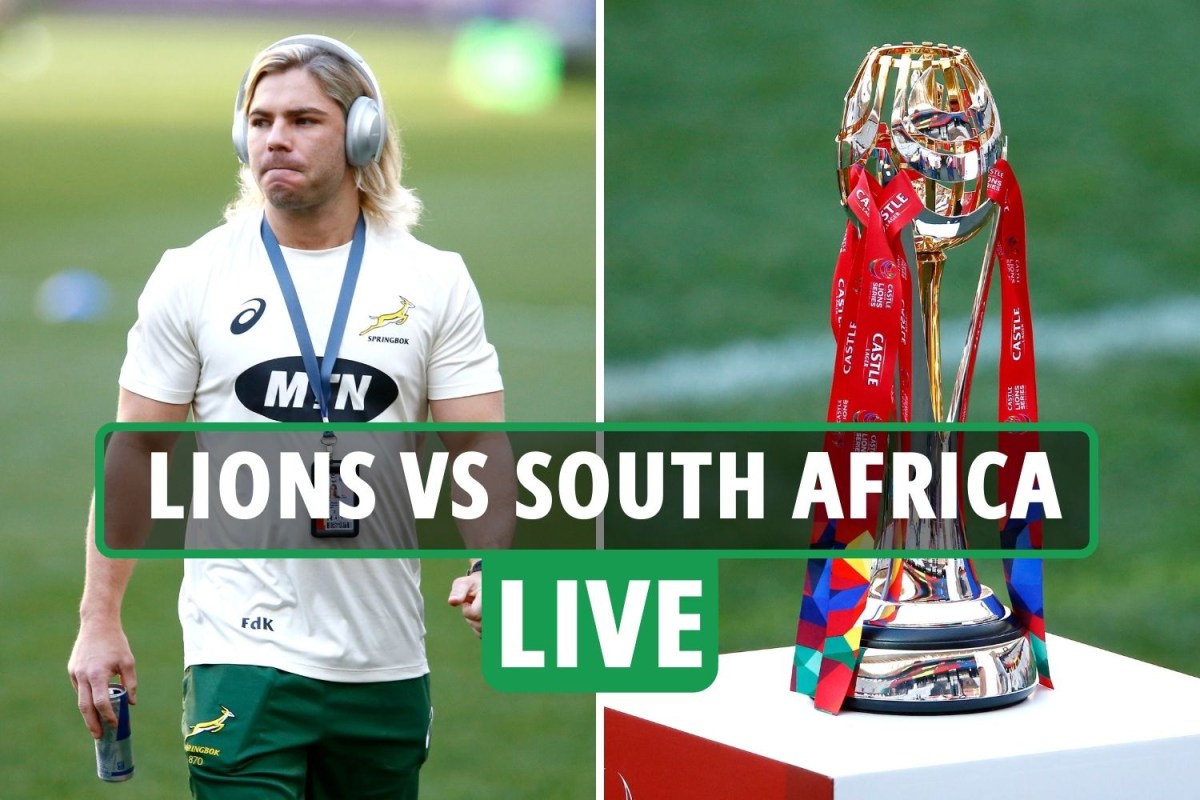 COVID-19 | China outbreak spreads as WHO sounds alarm on Delta

COVID-19 | China outbreak spreads as WHO sounds alarm on Delta