What Does the Delta Variant Mean for the U.S. Economy?

by Rebecka Redner
in COVID-19
Reading Time: 6 mins read
A A
464
SHARES
1.8k
VIEWS
Share on FacebookShare on Twitter
ADVERTISEMENT

What a difference a couple of months makes. “As hopes rise that the pandemic is ebbing in the United States and Europe, visions of a second ‘Roaring Twenties’ to match the last century’s post-pandemic decade have proliferated,” the Associated Press reported, in late May. “For some, it feels like party time.” That was when the daily tally of new COVID-19 cases in the United States had dipped to about twenty-two thousand and the number of people vaccinated was rising sharply. The travel-and-leisure sector appeared to be rebounding strongly. Economists were predicting that the gross domestic product would grow at an annualized rate of close to ten per cent in the second quarter, followed by continued strong growth through the rest of the year and into 2022.

Now that the spread of the Delta variant has pushed the seven-day average of new cases above fifty thousand, and the number of hospitalizations has jumped by more than fifty per cent in two weeks, economists and investors are reassessing the prospects. Last Monday, the stock market tumbled on concerns about the variant, before rebounding on Tuesday. Later this week, the Department of Commerce will publish its initial estimate of actual G.D.P. growth in the second quarter. The Federal Reserve Bank of Atlanta’s GDPNow model, which incorporates a range of recent economic releases, estimates the figure at 7.6 per cent. In normal times, that would be a blockbuster figure. However, it is significantly below some of the estimates from May, and it shows how in some regions and industries, even before the rebound in COVID cases, shortages of labor, computer chips, and other components were holding back the recovery. Now worries about the resurgent virus have been added to concerns about supply constraints. Where will the economy go from here?

On Friday, July 23rd, I spoke with two veteran economists who have been following developments closely since the start of the pandemic. They both expressed optimism that the Delta variant wouldn’t derail the recovery, but they also expressed some serious concern, especially if the spread of the variant persists into the fall. Mark Zandi, the chief economist at Moody’s Analytics, told me that he and his colleagues are still expecting a “very strong second half of the year.” More specifically, they are predicting that G.D.P. will expand at an annualized rate of about six per cent, and total employment will rise by more than five hundred thousand a month, on average. For the variant to have a major impact on G.D.P. and employment, Zandi said, businesses would have to close down again and people would need to go back to sheltering in place, both of which he considers very unlikely.

Moody’s Analytics has constructed a “Back-to-Normal Index,” which tracks real-time economic data, such as restaurant bookings, the number of people flying, and initial claims for unemployment benefits. At the national level, there is little sign that the variant is affecting these statistics, Zandi told me. However, the index has dropped in some hard-hit states, such as Florida, where case numbers are rising fast and the number of hospitalizations has returned to levels last seen in February. “Six or eight weeks ago, Florida had completely recovered from the pandemic: the index was back to one hundred,” Zandi said. “Now it’s moved back to the low nineties. That’s consistent with the idea that the Delta variant is having some impact.”

Ian Shepherdson, the chief economist at Pantheon Macroeconomics, pointed out that many of the states where the Delta variant is spreading rapidly are low in both population and G.D.P. “To move the needle on a macro level, things will have to get a lot worse,” he said. “I’m still bullish on the second half of the year because I don’t think Delta is going to go exponential nationally. If it just moves up fairly steadily, and it doesn’t lead to a big wave in hospitalizations, I think most people will be fairly relaxed about it, and won’t change their behavior much.”

Shepherdson, who works in both the United States and Britain, pointed to the example of the United Kingdom. The number of infections has increased dramatically since the start of June, particularly among younger people, but the number of hospitalizations and deaths has remained fairly low. Last week, the British government lifted nearly all of its COVID restrictions, which led to scenes of jammed night clubs and bars. “Most people still wear masks in shops, but they go out and spend,” Shepherdson said. “The general attitude is, I might get it, but it’s not going to make me really sick. After sixeen months of this, many people have had enough.”

As the Delta variant continues to spread on this side of the Atlantic, many Americans may adopt the same attitude. But Shepherdson also noted that it’s possible to build “a more negative scenario” for the United States. In the places where Delta-variant cases are multiplying fastest, far fewer middle-aged and older people have been vaccinated than in the United Kingdom, which makes the situation potentially more dangerous. Also, there is much less testing in this country, which makes it harder to know what’s really happening. On a per-capita basis, the number of tests being carried out in the United States is one-eleventh of the figure for Britain, Shepherdson said. “I can say right now Delta isn’t a big macroeconomic issue, but it can go from zero to sixty really quick,” he added.

Both economists said that a key moment will come in a month or so, when schools are scheduled to reopen across the country. The forecasts of rapid employment growth in the second half of this year hinge on many more parents, particularly women, returning to work as child-care concerns ease. Over the past twelve months, Shepherdson pointed out, there has been virtually no change in the labor-force participation rate of females aged thirty-five to forty-four, and the participation rate of women older than fifty-four has actually fallen a bit. “The reopening of the schools potentially brings a lot of people back into the labor force,” Shepherdson said. But if a surge in COVID prompts school boards in large population centers to reintroduce remote classes, that scenario could be upended.

Zandi said that the possibility of further school closures, or partial closures, is just one example of how a COVID-19 resurgence could stunt the longer-term growth of the economy. As the Delta variant spreads in other parts of the world, particularly Asia, it could accentuate problems in the global supply chain, which are already affecting the industries behind products like cars and semiconductors. And, on the demand side of the economy, the rise in cases could undermine the confidence of consumers and business leaders, which has rebounded sharply since the depths of last year. “It puts into clear relief the fact that the pandemic is still here—is raging in some areas,” Zandi said. “And why would this be the end of it? There will likely be other variants. We are in an arms race with the virus.” For reasons of both economics and public health, he added, policymakers should take steps to arrest the rising case numbers. “I would go back to the mask mandate, particularly in urban areas, for things like ball games, mass transit, and large gatherings. It would be prudent to be cautious here.”

Over all, the message from Zandi and Shepherdson was somewhat reassuring. But both of them emphasized that the Delta variant has added a lot of uncertainty to the economic outlook, and raised the risks to the downside. The darkest economic scenario is the one that Zandi alluded to: the emergence of another highly contagious strain of the virus, one that is more deadly and resistant to vaccinations than the Delta variant. Assuming that doesn’t happen, the economic recovery seems set to continue, but talk of another “Roaring Twenties” was premature, at best. “I think the chances of the economy really taking off are fast diminishing,” Zandi said.

More on the Coronavirus 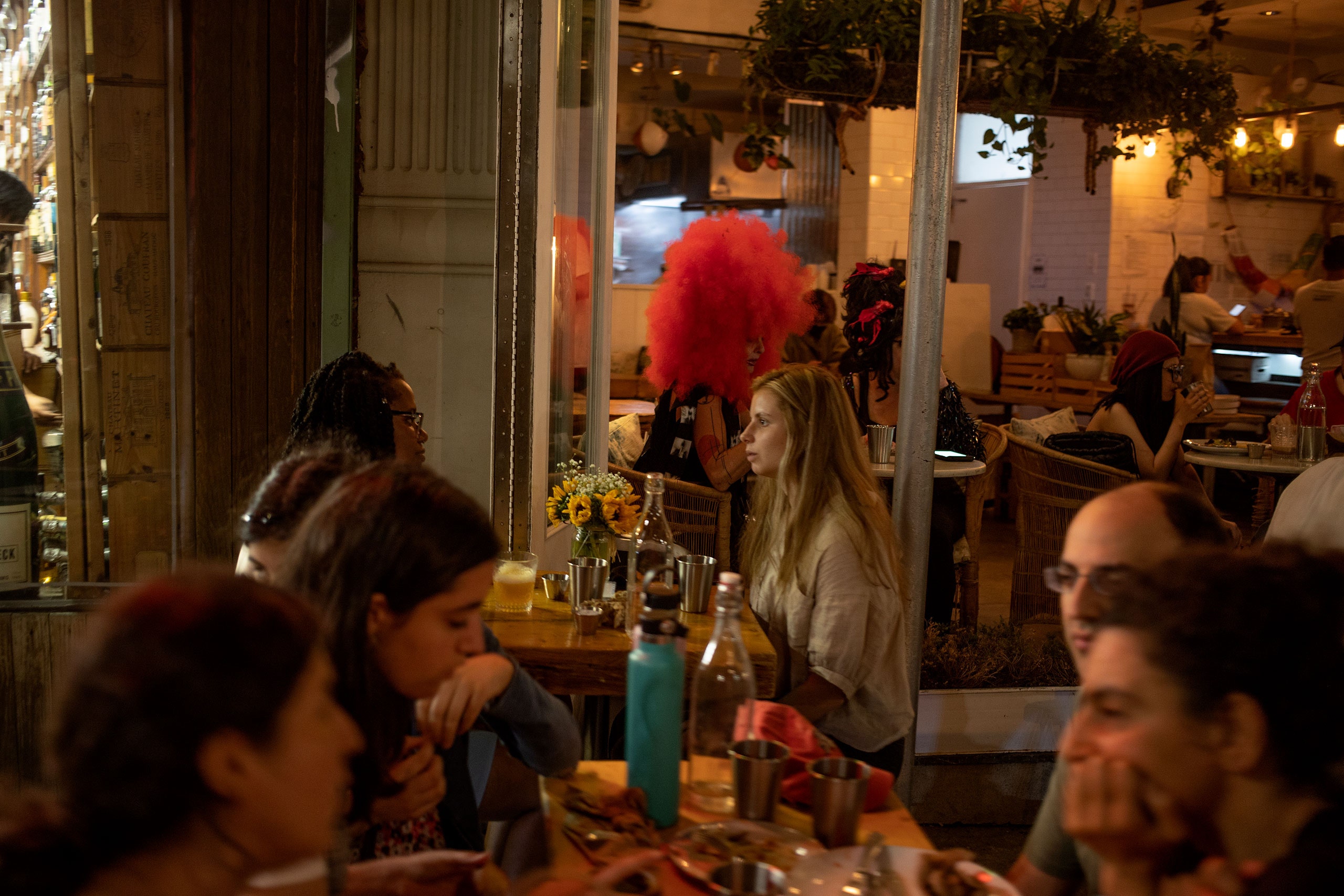