Maputo — The Mozambican government on Thursday promised to work to ensure the success of the mission of the Southern African Development Community (SADC) in eliminating the terrorist groups operating in parts of the northern province of Cabo Delgado.

Foreign Minister Veronica Macamo made this pledge during an audience she granted to the special representative of the SADC Standby Force, Mpho Molomo of Botswana, who is effectively the diplomatic face of the mission.

During the meeting, Macamo said “the Mozambican government will collaborate in all that is necessary for the success of the mission”.

The arrival of the Standby Force, she added, was a symbol of the efforts of African leaders to eradicate terrorism. “We shall join our efforts to say that, on our continent, and particularly in SADC, we don’t want terrorism”, she stressed.

For his part, Moloma said that the terrorist attacks in Cabo Delgado have dislodged the people of this province from their land, and have had a damaging impact throughout southern Africa, “despite the distance that separates our countries”.

“We are here, at the invitation of the Mozambican government, with the mandate of bringing the solidarity of SADC, and to make operational the mutual defence pact which establishes that an attack against one is an attack against all”, he declared.

Initially, the mission of the SADC force is due to last for three months, but this mandate can be extended depending on how the situation evolves in the theatre of operations. The exact size of the Standby Force has yet to be confirmed, but a report from a technical mission presented to the SADC summit held in Maputo in late June recommended the immediate dispatch of a force of almost 3,000 troops to Cabo Delgado. The detailed proposal was for three light infantry battalions of 630 troops each, two special forces squadrons of 70 troops each; two attack helicopters; two armed helicopters; two surface patrol ships; one submarine; one maritime surveillance aircraft as well as other logistical support.

No date has yet been announced for the arrival of the bulk of the Standby Force. According to the spokesperson of the Defence Ministry, Col Omar Saranga, advance teams are on the ground in Maputo and Cabo Delgado, preparing the conditions needed to deploy the SADC force.

A force of 1,000 men from the armed forces and the police of Rwanda are already taking part in operations against the terrorists in Cabo Delgado.

Among the latest clashes reported in the Mozambican press were terrorist attacks on Monday against the villages of Nampanha and Mandava, in Muidumbe district.

The following day, according to a report in Friday’s issue of the independent newssheet “Medifax”, Mozambican forces rescued, unharmed, the pilot of a light aircraft that had been forced to make an emergency landing on a beach south of the town of Mocimboa da Praia, which has been in the hands of the jihadists since August 2020.

Attempts to coax the damaged aircraft back into the air failed, and so the Mozambican forces opted to destroy it, rather than allow it to be captured by the terrorists.

The plane belonged to the company Tru-North, hired to carry out maintenance work at the camp on the Afungi Peninsula, where the French oil and gas company Total was building natural gas liquefaction facilities before it withdrew its staff because of the security situation. 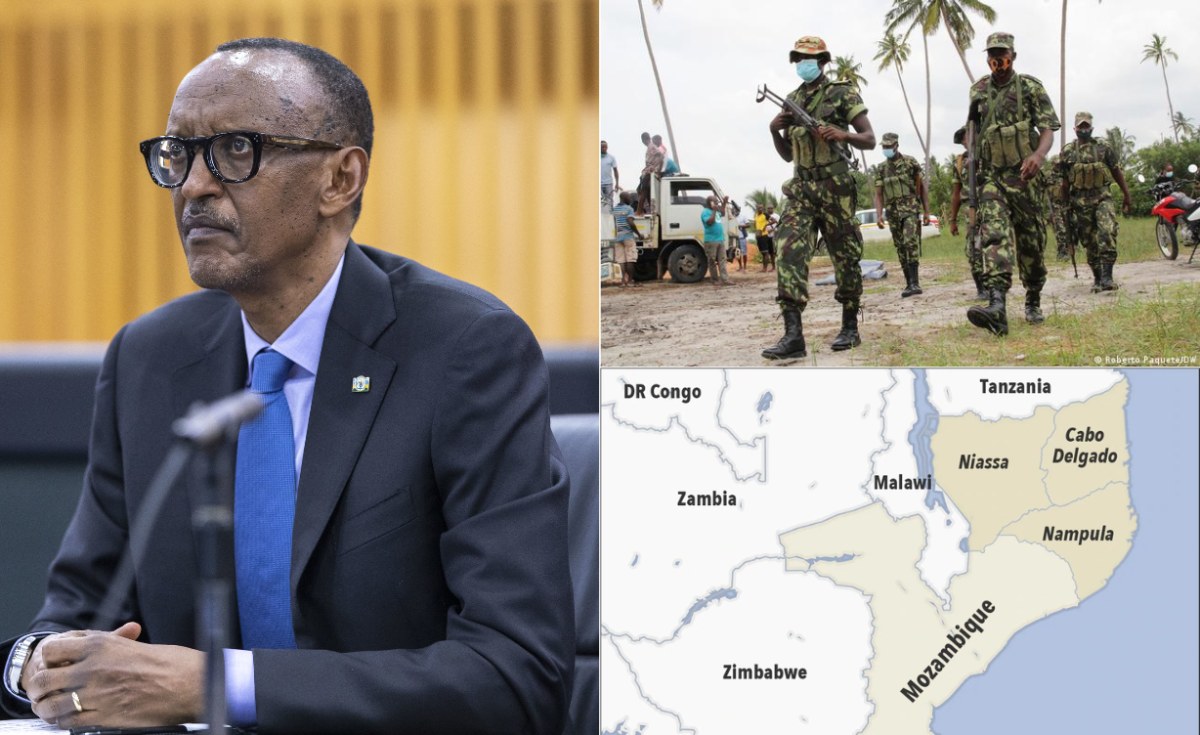