by Thomas Serna
in Africa News
Reading Time: 1 min read
A A
464
SHARES
1.8k
VIEWS
Share on FacebookShare on Twitter

A majority of lawmakers in Sierra Leone’s parliament voted Friday to abolish the death penalty, according to a journalist who was present in the chamber.

Capital punishment in the West African state will be replaced with life imprisonment or a minimum 30-year jail term.

No execution has taken place in the country since 1998, and death sentences have often been commuted.

But Sierra Leone, which is still recovering after decades of civil war, has frequently come under fire from rights groups for keeping capital punishment on the books.

In May, Justice Minister Umaru Napoleon Koroma announced that the government would move to ban the death penalty to “uphold the fundamental human rights of Sierra Leoneans”.

President Julius Maada Bio must still sign off on the abolition voted by parliament.

A diamond-rich former British colony, the nation of 7.5 million people remains one of the poorest in the world. 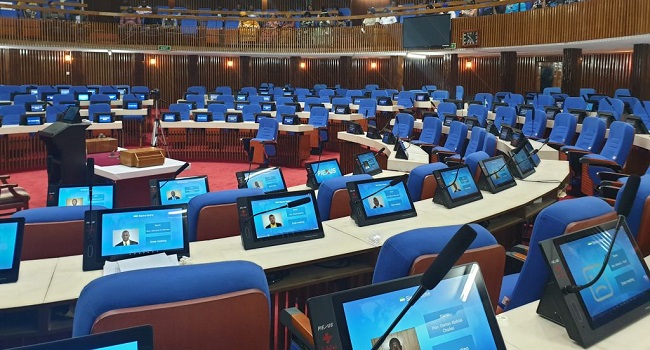