by By BABACAR DIONE Associated Press
in COVID-19
Reading Time: 1 min read
A A
464
SHARES
1.8k
VIEWS
Share on FacebookShare on Twitter

The National Vaccination Operations Center has recommended that the standard 12-week interval between the first and second doses of the AstraZeneca vaccine be reduced to eight to 10 weeks amid the threat of the Delta variant in the country.

“Baka puwedeng iksian. Imbis na 12 weeks, 8 to 10 weeks. We will have an announcement later on,” NVOC chair and Health Undersecretary Myrna Cabotaje said in a report on “24 Oras.”

A study published on Wednesday showed that two doses of Pfizer or AstraZeneca’s COVID-19 vaccine are nearly as effective against the highly transmissible Delta coronavirus variant as they are against the previously dominant Alpha variant.

The study, published in the New England Journal of Medicine, found that two doses of Pfizer’s shot was 88% effective at preventing symptomatic disease from the Delta variant, compared to 93.7% against the Alpha variant, broadly the same as previously reported.

The Philippines has so far detected a total of 47 local cases of the Delta variant.

Out of the 47 cases, 36 have recovered, three have died, and eight remain active. —Ma. Angelica Garcia/NB, GMA News 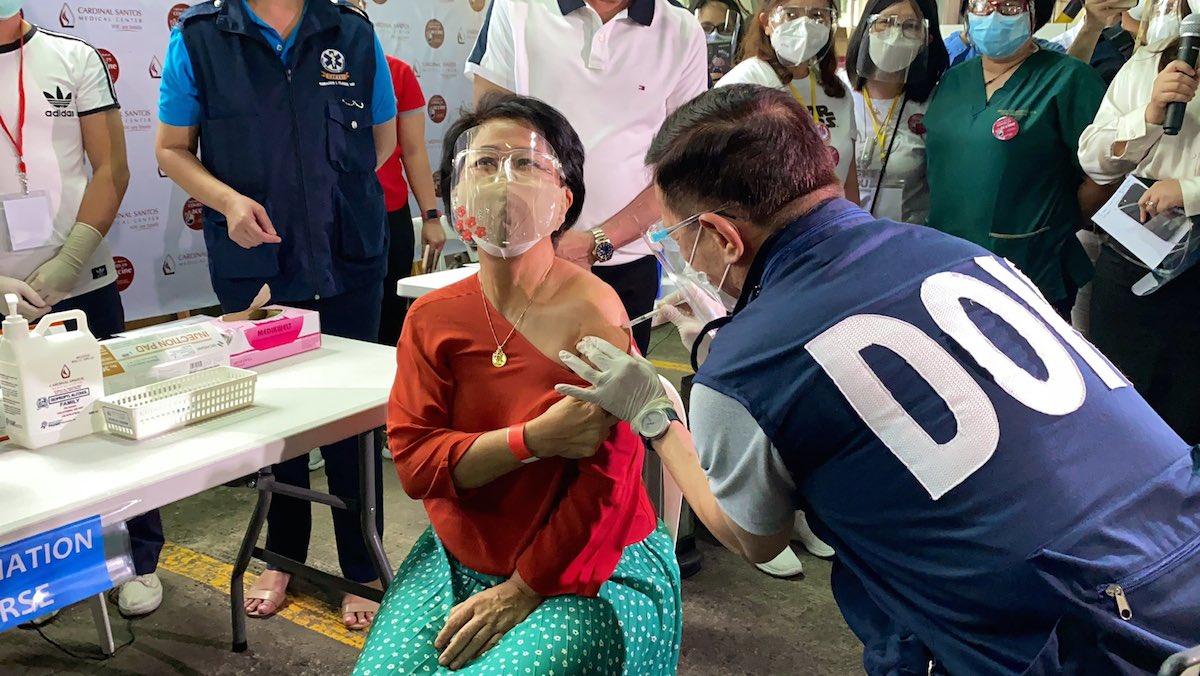