by Rebecka Paris
in COVID-19
Reading Time: 2 mins read
A A
464
SHARES
1.8k
VIEWS
Share on FacebookShare on Twitter
ADVERTISEMENT

MANILA, Philippines — Local authorities on Saturday said they detected 17 more cases of the highly infectious Delta variant of COVID-19 in the country.

Local transmission of the variant driving surges in neighboring countries was confirmed just two days ago. In response, the pandemic task force heightened restrictions in Metro Manila and four other areas on Friday and is set to hold an “emergency” meeting tonight.

Of the 17 newly detected cases, the Department of Health said in a statement, 12 are classified as “local.” Nine had “indicated” addresses in metro Manila while another three were in Calabarzon.

The Delta variant was first seen in India.

One of five remaining cases is a returning overseas Filipino while the other four cases are still being verified to determine if they are ROFs or local.

“Three cases remain active and 14 cases have been tagged as recovered,” DOH said. “This brings the total Delta variant cases to 64.”

Eleven cases of the Alpha variant first seen in the United Kingdom were also detected by local officials, ten of which were classified as local. Authorities are still verifying if the one remaining case is a ROF or local as well.

“Based on the case line list, one remains active, seven cases have died, and three cases have been tagged as recovered,” DOH said. “This brings the total Alpha variant cases to 1,679.”

Another 13 cases of the Beta COVID-19 variant first seen in South Africa were also detected, 10 of which have been classified as local. The other three are still being verified.

“Based on the case line list, one is still active, two have died, and 10 have recovered,” the agency said. “The total Beta variant cases are now at 1,840.”

Two more cases of the variant first seen in the Philippines (P.3) were also detected, one of which has been tagged local while the other is still being verified.

This does not include the samples taken from seafarers of M/V Tug Clyde and Barge Claudia which departed from Indonesia. Twelve of the ships’ crewmembers tested positive for COVID-19.

Samples taken from the crewmembers have been included in the next batch of genome sequencing, DOH said.

Indonesia has the worst coronavirus outbreak in Southeast Asia. The Philippines trails right behind it with 1.54 million cases and 26,891 deaths.

— Bella Perez-Rubio with a report from Gaea Katreena Cabico 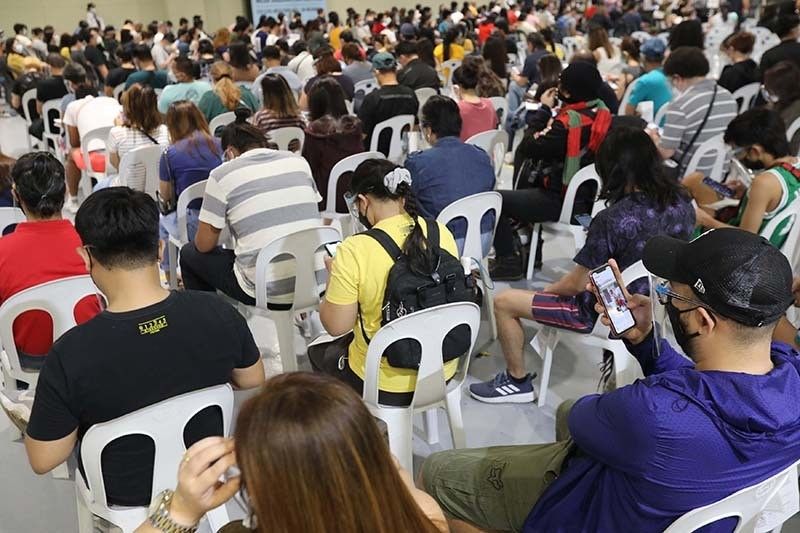 The Case for Masking Up Again Indoors in New York City