GOP pro-vaccine message clouded by emphasis on choice and privacy

by Laine Pingree
in COVID-19
Reading Time: 5 mins read
A A
464
SHARES
1.8k
VIEWS
Share on FacebookShare on Twitter
ADVERTISEMENT

The tone of some Republican leaders on COVID-19 vaccines has shifted in response to the highly infectious delta variant, but a continued emphasis on values like personal liberty and privacy could muddle the message.

The delta variant is proliferating, comprising 83 percent of cases in the United States and an even higher percentage in places with lower vaccination rates, according to the Centers for Disease Control and Prevention, with repercussions for the country’s most vulnerable people as well as the economy’s fragile recovery.

At the same time, nearly half of the House Republican caucus has yet to say publicly if they are themselves vaccinated, according to CNN. Republican lawmakers who have expressed support for the vaccine also stress the importance of individual freedom.

“I think the vaccines are great. People should absolutely consider getting vaccinated,” said Rep. Tom Emmer of Minnesota, chairman of the National Republican Congressional Committee. “That being said, it is a personal decision for them. I think the best we can do is continue to encourage people and remind them that they’re safe and talk about all our family and friends that have had the vaccine and have had no negative reaction to it.”

Republican members of Congress who are also physicians, the GOP Doctors Caucus, held a press conference Thursday to emphasize the importance of vaccines in light of the rapid spread of the delta variant, but the remarks mostly focused on investigating the origins of the pandemic in Wuhan.

Concerns about lagging vaccinations and climbing COVID-19 caseloads threaten to distract from Republican calls for an investigation into the so-called “lab leak” hypothesis that the pandemic resulted from coronavirus research in China, just as more evidence has emerged adding some credibility to the possibility.

Republican Whip Steve Scalise, R-La., whose decision to get a shot this week is emblematic of the slight shift in strategy, emphasized at the press conference that the FDA authorization wasn’t rushed.

He said he previously felt protected by pre-existing immunity from a prior infection but that the delta variant encouraged him to get vaccinated.

The conservative messaging on personal freedom could cloud the fact that the effects of COVID-19 are much more common and more severe than potential side effects of the vaccines, and that the vaccines have been rigorously studied.

“I would have hoped that these leaders were not so casual at emphasizing personal choice but were rather saying, ‘Now that this delta variant is here, this changes things,’” said William Schaffner, an infectious diseases expert at the Vanderbilt University School of Medicine. “You have a choice whether or not to get vaccinated: I want you to make the choice to be vaccinated.”

Members of the Doctors Caucus oppose requiring people, including other Republican members of Congress, to demonstrate their vaccination status.

Public health experts acknowledge that it’s important to take people’s concerns seriously and “speak to them in their own language,” so the nods to personal liberty and privacy could be meaningful for getting reluctant conservatives to get a shot.

“You have to speak the language of the person who is concerned. You have to respect them,” said Schaffner.

At the same time, the messaging about individual rights often doesn’t reflect the idea that personal choices about vaccines have big implications for the public health of all.

“We all stop at red lights. There is the occasional person who exerts their personal desire to run a red light. That puts them at risk for sure, but it also puts at risk everyone around them,” Schaffner said. “Not being vaccinated is like driving through a red light.”

Ashley Kirzinger, who has conducted polls on vaccine attitudes for the nonpartisan Kaiser Family Foundation since January, said the nearly quarter of Republican voters who say they “definitely won’t” get a vaccine have remain unmoved since the winter.

Emphasizing the risk of the delta variant may be the most effective potential message Republican lawmakers have to persuade that persistent 23 percent of GOP voters, Kirzinger said.

“If they came to believe the virus poses a great risk to them, then they may be more inclined to get vaccinated. The delta variant and really scary news around the delta variant may do that. We just don’t know yet,” Kirzinger said.

But it’s not clear that’s a message Republicans are eager to adopt.

“This is a great opportunity to talk to your doctor about the pros and cons and the risks and benefits,” Sen. Roger Marshall, R-Kansas, said Thursday. “But I think we can all breathe a sigh of relief that the science tells us there’s no reason to panic over the delta variant.”

Marshall stressed the high level of vaccination in seniors and the millions of Americans with pre-existing immunity.

Marshall also recommended people get an antibody test before vaccination, something not advised by the CDC.

It’s not clear how big of an impact a more forceful change in messaging among Republican politicians would make. Kirzinger said politicians are not as persuasive as more trusted messengers like friends and family, or even cable news hosts.

Nearly 60 percent of segments about the COVID-19 vaccine on Fox News over a two-week span included statements that could undermine perceptions of the vaccine’s safety and efficacy, according to a study by the liberal organization Media Matters, even though the newsroom requires proof of vaccination status for workers.

“It’s going to take more than Fox News hosts changing their minds. It’s going to take talking to friends and neighbors, which in turn might encourage others,” Kirzinger said. “We’ve tested a lot of different messages, carrots and sticks… and there’s no one thing that’s going to convince everyone. It’s going to happen on the ground, person to person.” 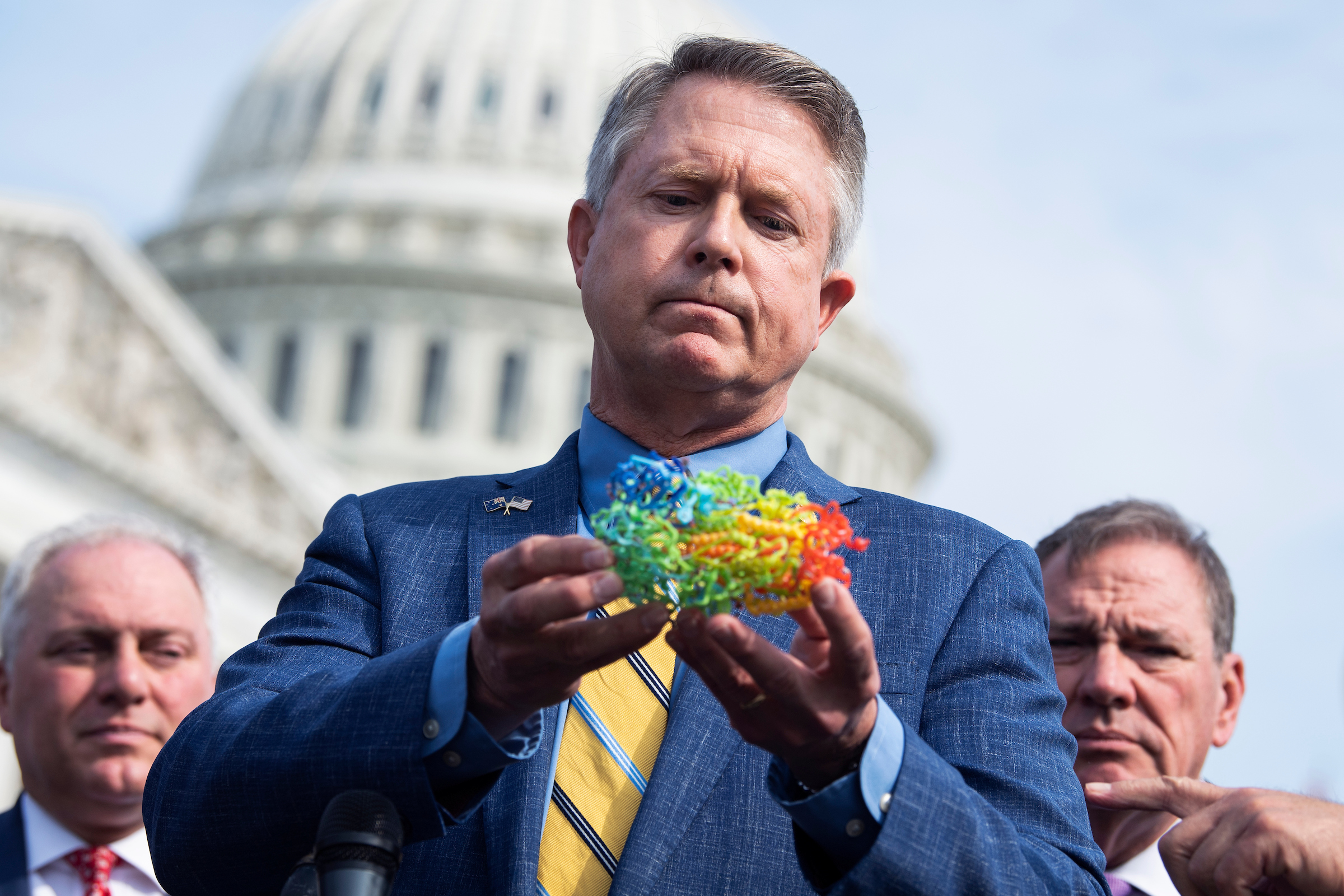 Israel announces MAJOR restrictions on the unvaccinated over the Delta variant

Frustration boiled over as traffic management staff at the Avondale testing centre threatened to call the police on people angry...

Covid 19 coronavirus: What happened after the UK dropped all restrictions

Boris Johnson holds a virtual Freedom Day press conference from self-isolation. Video / 10 Downing Street It has been a...

Israel announces MAJOR restrictions on the unvaccinated over the Delta variant